Our site has been updated | Learn more here. 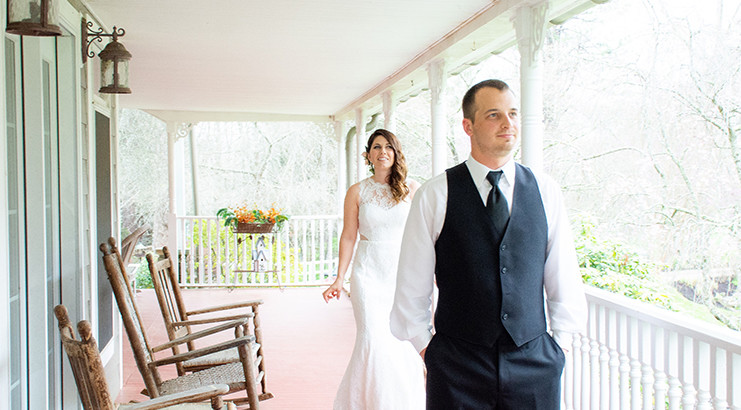 Every time I bring up “first looks” with a couple I get the same question, “Won’t that make walking down the aisle less special?”

While I myself have never walked down an aisle, I have never had a bride or groom who agreed to a first look say they regretted it. If anything, it made the aisle moment that much sweeter, and they were so thankful I “talked them into it.”

How does it NOT ruin the aisle moment though?Because a nervous bride has already been told how beautiful she looks by her soulmate. She’s been reassured. She’s seen his reaction up close instead of from the back of the aisle.

The groom doesn’t have to try to “play it cool” or react how he thinks he’s expected to in front of all of his friends and family because he already had an honest moment with his bride and the pressure is off. Now he gets to relax and enjoy the last few moments before his love becomes his wife.

I see more genuine smiles after a first look. The jitters have disappeared and joy has fully taken over. The first look is almost always the only time during the wedding day that the bride and groom get to spend any time “one-on-one.” There are friends and family watching the formal photos after the ceremony. Friends following the bride to the bathroom “to help.” Guests trying to congratulate them while they try to eat. All eyes are on them the whole day – except during the first look because I make sure it’s private. The first look is time for “just them.”

From a photographer’s standpoint, I recommend first looks because they allow me to spend extra time on the formal photos of the couple. Family photos and bridal party photos almost always run longer than planned for (there’s always an Aunt Sally who disappears right before her family’s turn or a groomsman who went to grab a drink) and the photos with the couple tend to feel rushed. Even when the timeline goes as planned, everyone is anxious to get to the reception after the ceremony. First looks are a timeline’s best friend and allow me to be more creative.

Not to mention first looks have absolutely saved formal photos on rainy days in early spring and summer because most storms roll in in the afternoon.

Don’t believe me? Here is one of my bride’s advice:

“I must admit, initially we were hesitant to have first look photos taken as we thought it might take away from that ‘aha moment’ of seeing each other for the first time as I walked down the aisle, arm in arm with my father,” said Erin Reagan, “However, after thinking and praying about it, we realized that if the emotions are there, they are going to come out regardless of when we have these photos taken.  We were right, it was perfect! We were able to share a special moment together, just us, without the pressure of time or guests watching us before the general hustle and bustle of our wedding. We were not rushed and we were able to enjoy the festivities, celebrating with our family and friends!”