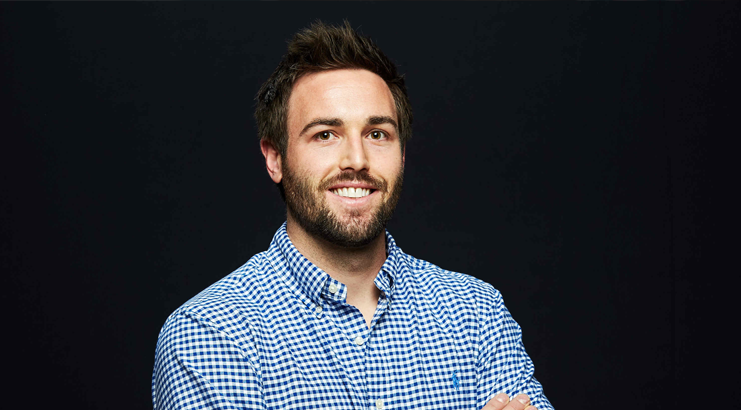 Starting a business has always been in the cards for Eric Westerduin, the co-founder and president at Suite Plants. He has been entrepreneurial minded since he can remember, owning his own businesses in high school and college. After graduation, he decided to pursue investment banking in Manhattan for a few years to gain professional experience and hopefully earn some startup capital. Five years later, he found the right business opportunity and quit Wall Street.

“My family is Dutch, so I was in Holland visiting my uncle who had recently been hired by a company doing living green walls,” said Eric. “They had some really innovative products and it occurred to me that nobody was doing this yet in the U.S.”

While he had no background in horticulture, he decided to go head first into starting the business with his dad.

Of course, Manhattan prices and starting a business definitely didn’t go together. So, Eric and his wife, Amber, decided to do a cross-country road trip to meet potential customers and determine where they would move to.

“We rented our apartment out, put our stuff in storage, packed up a Jeep Cherokee and did a three-month road trip across the U.S.,” he said. “Charlotte was our last stop and it totally took us by surprise. It was more affordable, people were friendlier and the weather was much better.”

That was six years ago. Fast forward to today, Eric, Amber and Suite Plants are all still in Charlotte. The company employs nine people in their 5,000 square foot office/warehouse, and manufactures and installs living walls across the country.

While the company has seen many successes, the idea of getting into weddings wasn’t something they originally set out to do.

“We were doing something that we thought was cool by installing green walls in offices, hotels and airports,” said Eric. “We had no intention of getting in to weddings but people came knocking on our door asking for it. We’ve done green walls for events and trade shows before, so now it seems silly we didn’t think of doing weddings until people called us!”

The venture into weddings answered a lot of needs, from couples to florists.

“We actually solve a lot of headaches for florists,” he said. “They usually call us saying that they have a couple who wants a green wall, but they have no idea how to make one.”

And while many couples come to them thinking they want a real living green wall; many end up selecting a faux green wall (and no one is any the wiser!).

“We offer both real and fake green walls” said Eric. “but after learning more about the price and setup process most couples end up opting for an artificial green wall. The faux plants look amazing and most people don’t know the difference until they get up close and touch them.”

The high-end greenery walls can be used in so many different ways to enhance your event.

“We most often see the walls being used as a photo backdrop, either where the photographer gets a picture of every couple coming in or as a photobooth backdrop,” said Eric. “But we’ve also had venues use them to cover up an eye sore, like a dumpster, or couples use them as a ceremony backdrop.”

Each wall can be further personalized by adding coordinating flowers, signage or photos. One of the best uses of the wall he has seen to date?

“We had a couple buy a green wall with 4-inch potted live plants and at the end of the night, guests took a plant out of the wall on their way home as a favor,” he told.

No matter the use, Eric loves being a little part each couple happiness and making their day that much better by helping them to achieve the vision they had been dreaming of.

Want a green wall of your own at your wedding? Contact the Suite Plants team HERE today.